Tim recalls the words we last heard in the dark days of 2008:

“Financial Repression is government stealing from savers and the future!”

“The single biggest problem of our times economically, is that for the last 40 years there has been an unsustainable buildup of credit expansion throughout the developed world … and we have reached the end of the road new. Every policy by governments and their agents (the central banks) is too a) Kick the Can Down the Road and B) to steal from savers to keep this bandwagon rolling!”

Approach #1 and #2 or no longer realistically viable, leaving governments with only option #3. The last options has historically always been the option governments of fiat based systems have resorted to throughout the ages because of a lack of “political will and discipline”.

Tim believes Japan is presently the ‘dress rehearsal’ and the rest of the world will be the main event. 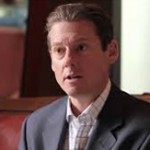 Butler has argued in his Amphora Report that competitive currency debasement is “is not a zero sum game but rather a negative sum game because policy makers don’t realize that by trying to devalue against each other, unseen they are undermining the very credibility of unbacked fiat currencies generally.”

Increasing the BRICS are “becoming increasingly wary of where all this is going and as a consequence are diversifying not only their fiat currency reserves but are diversifying into gold, oil fields and real assets generally.”

HOW INVESTORS PROTECT THEMSELVES

“The only free lunch in economics is DIVERSIFICATION. The problem is that in a world of Financial Repression, the way you diversify yourself is very different than a world where financial represion is not an issue.”

“There is no way out but Currency Debasement”

“When governments get into too much debt there are only so many ways to get themelves out from under the debt.” There is:

In reality, the third is the only politically viable solution. Financial Repression ” the cornerstone involves taking a little from everybody and giving it to a couple of favored parties”. To do this involves three basic elements:

True wealth NEVER gets destoyed, it only gets transferred!”

Chris points out that wealth is never destroyed. but rather it is the claims on wealth which are destroyed during a crisis. “A profound currency accident is coming” according to Chris where he “would not be surprised to see the Yen be completel obliterated just like the the Zimbabwe dollar.” His strong recommendations are:

Wealth can no longer be stored in paper currency or “paper” claims in a Fiat Currency System. 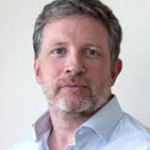 Grant suggests that the dictionary defines repression as essentially about trying to repress true feelings. Financial Repression is the government’s attempt to steer behavior away from true investments and into those that assist the government to pay down its debts.

“The result is essentially outright theft by borrowers from savers. The pool of savings on earth is the last really untapped pool of capital that government has to go after”.

According to Grant the explosion in credit through removal from the Gold Standard, financial engineering and keeping interest rates low has left a differential between Credit Growth and GDP that has forced governments with no choice but to adopt Financial Repression policies. By debasing their currency and through inflation government create the most insidious type of wealth transfer that most people just don’t understand.

Nick Barisheff suggests that to protect yourself from government Financial Repression policies, a diversified portfolio with a strategic allocation of 20% in precious metals is presently merited. The Precious Metals allocation should be diversified in physical holdings between gold, silver and platinum.

Nick argues that China is closer to 5000 tons of gold than the 1000-1700 currently reported by official sources. When this all becomes properly understood it will send shock waves through the system!

Barisheff believes China is acquiring physical Gold in its Sovereign Wealth Fund which doesn’t have to report it to anyone. The last time they did the Chinese Central Bank Gold Reserves went from 800 to 1600 tonnes.  They haven’t reported in five years. During this 5 years Nick argues the gold is coming from Leased Gold. There has been approximately 1500 tonnes per year in net leasing over the last 10 years.

“Financial Repression is a set of fiscal & monetary policies for the express benefit of the ruling class – the politicians, the banks, and the already wealthy at the expense of everyone else”

“It is about coercing the government into doing things that are in the express interest of the ruling class. The already wealthy are the ones who gain the most”

“War is another example of Financial Repression. Who benefits?  The war mongers – the banks, politicians and wealthy. You can’t even get elected if you don’t support war because the whole Military-Industrial Complex is behind it and you will be labeled ‘weak on defense’”

Mish believes a currency crisis is coming which is most likely to start outside the US in likely Europe or Japan.

“This environment fosters banks and the wealthy to speculate. When it ends badly and we have to bail them out the average guy on the street is going to pay for it – again”

“No one has gone back and proven how idiotic it all is. This idea that you can pay to dig a ditch and then have someone else fill it back up and this will add economic benefit is lunacy! Yet the average Keynesian believes that. A sixth grader would find in inherently ridiculous!”

MISH’S VIEW ON HOW INVESTORS CAN PROTECT THEMSELVES

“Don’t participate in bubbles!! Get out of the financial markets. Buy some Gold and wait.”

“The biggest bubble we have is US Treasuries. The believe you can’t get hurt is a quality you always see in a bubble. The idea that lending an entity, that is $17T and going to $18T and beyond in debt, and will never be able to pay that back and the idea that you will get 2.5% for 10 years and it is ‘return free risk’ is certainly bubble territory!“

“You have PhD’s at the Fed trying to create economic growth with inflation and low rates. The repression is that people like you and I won’t ever be able to retire because we won’t be able to get any return on our money so we can prop up the government and keep it in business.”

This is the overall Macro Strategy of the government but central planning has never worked! ….. They are essentially trying to print their way out of a jam! ……. Because of Financial Repression almost ¾ Trillion dollars has gone to the government that should be in private hands!!!” 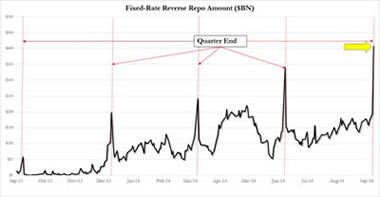 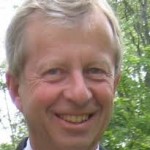 A former banker, Corporate Vice Chairman of a FTSE 100 corporation and founder of Matterhorn Asset Management AG, Egon von Greyez “strongly believes there will be massive wealth destruction in the next few years”.

Von Greyerz personally defines Financial Repression in practical terms as the “manipulation and interference by government in the running of the economy and the lives of normal people”. What this will inevitably lead to he feels will be the “total control of the people and a police state – that is the way we are going in some countries!”

He has been worried about what is presently unfolding since the 1980’s and is very troubled about what he has witnessed and what he clearly saw was coming. “All this was inevitable. It is ridiculous for the central bankers to say they didn’t see this coming. Anyone with just a little bit of intelligence could have seen this coming (of course you can’t be a politician who never see things coming and central bankers are politicians)”. 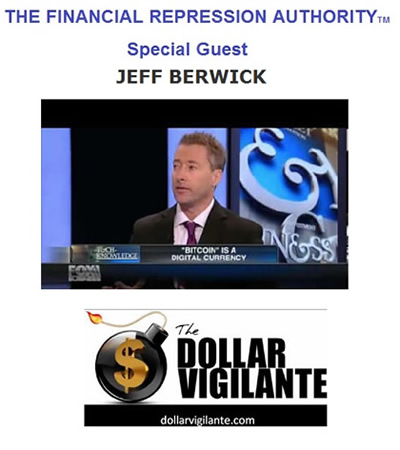 The founder of the well recognized Canadian web site Stockhouse Media Corporation and CEO until 2002, Jeff Berwick says “around 2003 I woke up and started studying and learning (and I am still doing that to this day) and the more you learn the deeper this ‘rabbit hole’ gets! We are living under a financial system that is completely not real! People are going to find this out pretty soon!” 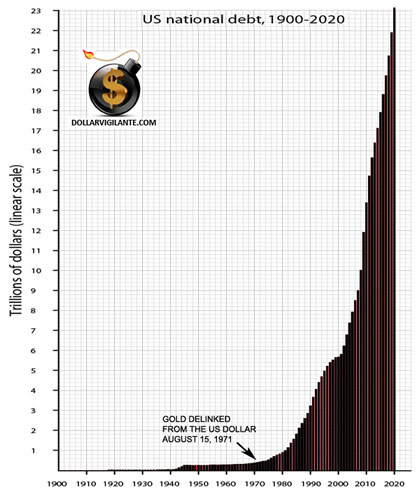 Berwick defines Capitalism as “the free voluntary transactions of human beings where every transaction improves the lives of eveyone. They (government) have been portraying capitalism as evil.”

Because of this the future suggests to Berwick that ” whoever loses the least over the next decade, will win the most! It is going to be a game of not losing everything.”

“We are going to go through the ‘Great Transition’ in the not to distant future which the internet will facilitate and which could potentially be the saviour of humanity. The real issue over the next few years is trying to get enough people to understand what is wrong about this world and what could be right about it. Then let the people decide”

His recommendation for Americans who he believes ‘are the most asleep people in the world (from his perspective living outside America), is to “put your assets into hard assets that Janet Yellen can’t counterfeit into obscurity.”

“Financial Repression all started in 1913 with the foundation of the third central bank of the US, the Federal Reserve. Income tax came into existance with the same act which people should find interesting! …. The Repression as you call it (Oppresssion as I call it) of the Central Banking, Communist System has been hidden from people because of a tremendous amount of productivity…. the government and bankers tell people things are good because of them – in actuality things are worse because of them – a lot worse. Hardly anyone sees this…. they have taken away from the true human potential.” 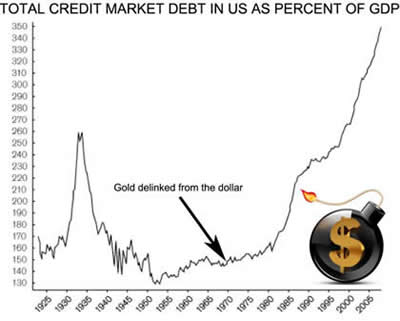 The answer is that “we need an awakening where people begin to realize what is going on and move beyond this really horrible system of statist, communists, central bankers, fiat currencies and go to a solid money (like precious metals and bitcoin) and allow the markets to make decisions”.

“People need to wake up, turn off their TV (it is literally ‘programming’) and start listening to real information. People need to break free from these chains. If they don’t, unfortunately they will get hurt in this coming “Great Transition”. As in life someone always has to pay for mistakes and some people are ging to pay more than others. We are unfortunately all going to have to pay. It is going to be a dramatic period and incredibly stressfull…. America is going to be ground zero for this transition “

“There is going to be a great evolution in everything we know today in the next decade. It is going to be biblical in proportion. The sooner you start to look into these things (whether gold, silver, real estatre, bitcoin) the better”