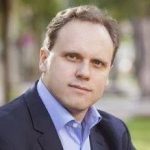 podcast to be posted shortly .. 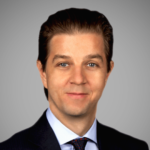 01/03/2023 - The Roundtable Insight – Dr. Marc Faber and Yra Harris on the Economy, Geopolitics and the Investment Environment 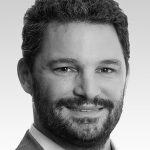 “For the US the yield curve — notably the 2/10 — going into 2023 will be of interest as concerns are arising everyday about the growing pile of US debt and the rapidly rising financing costs. It twists my brain to figure why investors would desire 10-year notes that yield far less than two-year notes. Yes, if recession sets in, 10s have been a safe haven and rallied into a slowing economy and falling inflation levels. BUT if the economy slow and the FED holds at 4.5%, won’t the budget deficit increase creating even greater financing problems for the US deficit? Remember, not all economic outcomes are the same. The 2/10 US curve had a wide range last week but after inverting by more than 80 basis points it closed close to the week’s lows. That’s something to watch as the budget battles grow.”

“In the spirit of the season I am asking NOTES FROM UNDERGROUND readers to consider a season contribution to one of my favorite charities, which has raised money for feeding the hungry, clothing the naked, and aiding the education of pre-kindegarten inner city children in Chicago. The charity is Santa Mike at Marillac St. Vincent Family Services and has been under the direction of my very dear friend, Mike Sturch, for more than 50 years. The ravages of inflation has led to great needs, especially for food and clothing. No amount is too small and is appreciated. Every dime goes to the intended targets. Contact Mike at mikkees@sbcglobal.net and tell him YRA sent you. These are difficult times and every bit helps those in need. (For more information, see the letter below.)”

“The QE program fomented by Ben Bernanke in response to the 2008 financial crisis ran interference for the ECB, BOE, BOJ  and others so as to prevent their currencies from rapidly appreciating against a DOLLAR. That is, massive amounts of liquidity were injected into the financial system to “forestall” deflation. The US and Europe experienced a deflation but the FED allowed for all to keep the monetary spigots wide open. The only country that experienced actual deflation was/is Japan. Now that global inflation is the result of massive liquidity infusions the question remains how to extract the liquidity without causing too much stress on a global system awash in QE-fueled debt.

The FED seems to be intent on raising rates ever HIGHER in an effort to break inflation, but maybe it’s time to halt the rate rises and increase the pace of the balance sheet runoff? This is the prevailing question as we head into 2023, but for us we will rely on the wisdom of Louis Gave : We adapt, not forecast.

Last week, Bank of Austria President and ECB Board member Robert Holzmann said in a Financial Times story he favored a 75 basis point increase at the next meeting in December. But Holzmann also warned that it is imperative that the ECB begin shrinking its BOND PORTFOLIO “before it had finished raising rates, adding that it is important to avoid short-term borrowing costs rising above long-term ones.” Holzmann wants to avoid an inverted yield curve because “it would be a challenge for Europe’s banking sector, which relies on being able to borrow cheaply in the short term to make longer-term loans at higher rates.” As Holzmann said, “We have to make sure it doesn’t get to that point.”’ 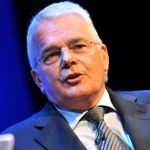