What is Financial Repression?

Financial Repression is not a conspiracy theory, it is rather a collective set of macroprudential (good-intentioned) policies and regulations focused on controlling and reducing excessive government debt through 4 pillars – negative interest rates, forced inflation, ring-fencing regulations and data obfuscation – which effectively transfer purchasing power from private savings.

This concept was introduced in 1973 by Stanford economists Edward S. Shaw and Ronald I. McKinnon.

This chart shows how the good-intentioned objectives by government & central banks translate into policies, financial reform and regulations which collectively cause unintended consequences ultimately resulting into the adverse risks to investors and retirees (see the core): 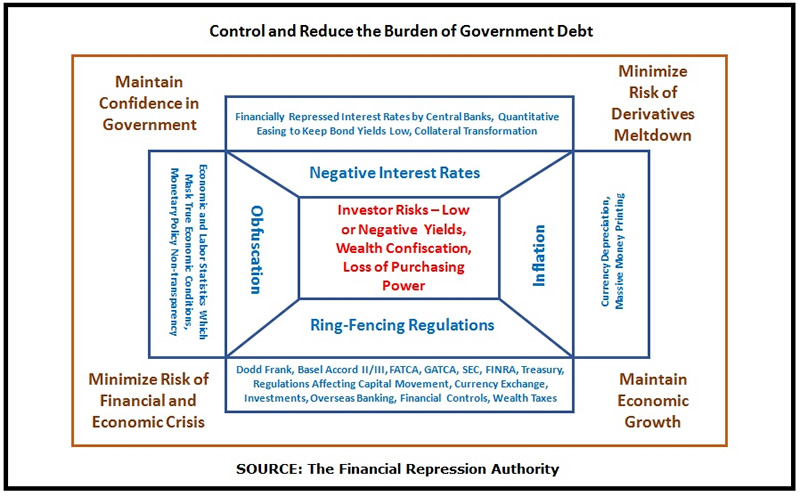