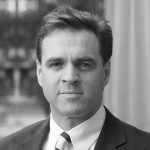 “Losing in Vietnam five decades ago turned out not to matter much, other than to the unfortunate inhabitants of South Vietnam. There was barely any domino effect in Asia as a whole, aside from the human catastrophe of Cambodia. Yet losing — or not even fighting for — Taiwan would be seen all over Asia as the end of American predominance in the region we now call the “Indo-Pacific.” It would confirm the long-standing hypothesis of China’s return to primacy in Asia after two centuries of eclipse and “humiliation.” It would mean a breach of the “first island chain” that Chinese strategists believe encircles them, as well as handing Beijing control of the microchip Mecca that is TSMC (remember, semiconductors, not data, are the new oil). It would surely cause a run on the dollar and U.S. Treasuries. It would be the American Suez.

The fox has had a good run. But the danger of foxy foreign policy is that you care about so many issues you risk losing focus. The hedgehog, by contrast, knows one big thing. That big thing may be that he who rules Taiwan rules the world.”