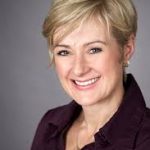 After losing 15.3% or some $8 billion in value during 2008, the fund recovered over the past 5 years to achieve a top decile average return of 5.9% a year over the last decade. The target return however was 7.3% and so the plan reported a 94% funding ratio (6% capital deficit) in 2017. If the plan was able to achieve its current target return over the next 8 years, OMERS states that it “aims to return the Plan to full funding on a smoothed basis by 2025”.

A 94% funding ratio is robust compared with most other pension plans in the world today. And yet still, 10 years since the last recession and bear market–and the second longest running bull market for financial assets ever in history–OMERS (and other retirement savings plans) are approaching the next bear market still in a capital deficit.

The prospects of netting investment returns of 7.3% a year over the next decade from present price and yield levels, is even less likely than it was over the last decade. So OMERS managers have rightly resolved that the plan must remedy its funding deficit, as laid out on their website:

“Deficits will be funded through a combination of contribution rate increases and benefit reductions.”

Both of these approaches are highly distasteful to members, and increased contributions are anathema to taxpayers, especially since government budgets are already in growing deficit, and most private sector workers today have woefully inadequate retirement savings plans.

After years of kicking the can and pretending that magical markets will make up for insufficient contributions rates, math must be faced, and cutting or reducing annual benefit indexing is generally perceived as the least offensive place to start.

Today, the Civic Institute of Professional Personnel (CIPP) the union representing professionals in the municipal sector in the Ottawa area since 1953, sent this message to its members:

Dear CIPP Members:
OMERS, your pension plan, is currently considering changes to the plan that threaten the financial security of your retirement. Among these changes is the removal of guaranteed indexing of pension benefits. Having an indexed pension means that your retirement benefits are adjusted annually to keep up with the cost of living. Without this guarantee, your retirement income will be eroded by inflation year after year.

To inform you about the proposed changes and what we can do about them, CIPP is organizing an information Town Hall. The proposed date for the Town Hall is Wed, May 23, 2018. Please use the link below before 5:00pm on Monday, May 14th to indicate whether you are interested in attending. Once we know how many members will be attending, we will follow up early next week to confirm the date, time, and location. For those who can’t attend, we will be distributing further information, but this Town Hall will be your chance to ask questions and talk about protecting the financial security of your retirement. We hope to see you there.

On behalf of CIPP’s Board of Directors,
Jamie Dunn, Executive Director, CIPP

Because pension plans have tried for higher returns over the past few years through higher allocations to risky asset classes than ever before, they now face higher drawdown/loss prospects than in past cycles, as we approach the completion of the current one.

This is the tangled web of disappointment woven over the past 20 years in under-saving and over-promising return prospects and benefits/withdrawal rates. Unfortunately, all sides have played a leading role in today’s financial woes and there are no magical ways out.”