FRA is joined by Yra Harris to discuss the current state of currencies – crypto currencies, USD, Yen, and Euro.

Yra Harris is a recognized Trader with over 40 years of experience in all areas of commodity trading, with broad expertise in cash currency markets. He has a proven track record of successful trading through a combination of technical work and fundamental analysis of global trends; historically based analysis on global hot money flows. He is recognized by peers as an authority on foreign currency. In addition to this he has specific achievements as a member of the Board of the Chicago Mercantile Exchange (CME). Yra Harris is a Registered Commodity Trading Advisor, Registered Floor Broker and a Registered Pool Operator. He is a regular guest analysis on Currency & Global Interest Markets on Bloomberg and CNBC. 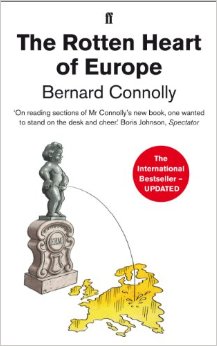 It seems to have caught on for people who are trading gold and treat it like a haven. It’s difficult to understand how the crypto currency market works and why we can be secure that it will hold value when it seems to just move around in huge gyrations. We saw the movement of when it had a fall of almost 50% a few months ago when it appeared that the guys from Facebook were behind the push for creating a Bitcoin ETF; when it looked like it wouldn’t get approved, the currency dropped significantly in value. In some way, central banks would love to go to a crypto currency or an electronic currency, because then they can control what people do with their money when they need to go to negative interest rates. There’s a lot to understand and learn here and too many uncertainties here. If you’re looking to secure your money, you should stick with precious metals.

The concept of crypto currencies in the form of Bitcoin and Ethereum don’t appear to be based on anything in terms of either a commodity like gold or precious metals or the faith and credit in a government, so it’s a bit of a wonder how it’s getting its value.

In a fiat currency dominated world, central banks have not acted in the best interests of holders of the currency – that has forced people to reconsider things. Shariah-compliant crypto gold is a potentially interesting movement.

Yra offers his perspective on the US Dollar (USD) currency, offering his counterarguments relative to recent observations by Russell Napier who takes a bullish view on the USD:

Russell points out  that Japan is running out of savings so there’s an insufficient private savings level to fund its government. The counterargument to insufficient savings rate is the fact that Japan traditionally has a tremendously high savings rate and phenomenal investment all around the world. They run current account surpluses not just because of trade balances, but from investment income. If their savings are drawn down, the Yen won’t collapse even though the underlying fundamentals are terrible in other ways. When the Japanese get nervous about the world, they bring money home, and they have huge amounts to bring home.

Russell also points out how China for a weaker Chinese currency (and relatively stronger USD) for export competitiveness. Yra points out that if the Chinese are going to move to a more domestic-based economy, it will not be in their interest to depreciate their currency. Will the currency go down because China has troubles? Maybe, but it’s already depreciated over the last 18 months in anticipation of a lot of those troubles. It depends on how much the Chinese move toward enhancing themselves in a domestic-based economy instead of on exports – from that view, the Yuan will likely appreciate.

Yra points out the Yuan-Peso currency exchange rate is a much more interesting relationship because Mexico stands to be a real competitor to China for the US economy, whatever way NAFTA is treated. The Yuan needs to not appreciate against the Peso.

Russell thinks the USD will strengthen also because of the high levels of USD denominated debt held internationally outside of the US, saying that at some point in the event of a recession, there could be higher demand for USD to pay back USD denominated debt.

Yra asks will the global recession cause a run in the Dollar? If the US equity market is a flows argument, and global flows are headed there, the Dollar hasn’t performed that well over the last 4-5 months. That one’s not going to play out and if the world gets into that type of financial difficulty because of the debt, some of the old true relationships are going to break down dramatically. That’s really when you want to start buying gold – if that’s the case, the Dollar isn’t going to be bullish, and you just load up on precious metals instead of any currency.

We know the US President can lower the value of the Dollar, but it’s not an easy task when everyone wants a weaker currency. What can the  US President do? He has to explain to his friends and trading partners why he wants a lower Dollar and get them to sign off on it as what’s best for the global financial system. That’s what we’re discussing here. He could do it by having bad policies.

ON THE EURO CURRENCY

After the French elections are over, we can probably look for the Euro to rally. The Euro is too weak for where the Germans are at. The question for the EU is “whose Euro is it”. France, Italy, and Spain don’t need a stronger Euro, but will it go up? Maybe. As Germany now presses onto this election, the discussion seems to change a little bit. With all the problems the US has, it’s scary what the discussion is. But the equity market continues rallying so no one cares. The fact that the Dollar cannot gain any type of strength with everything else that’s going on in the world and other geopolitical problems, that is a warning sign that things are not good here and the Euro can go higher.

Draghi isn’t going to announce any tapering of the QE plan, and he needs to keep building the ECB balance sheet because that’s what’s going to pave the path for a Eurozone bond. That’s the real game and it’s capturing the Germans. That’s where they’re going and it won’t be easy. They’ll bail out Greece because they don’t want this to be an issue in the German elections because it’ll undermine Merkel a bit. The stronger she gets, the better it’ll be for her after the election.