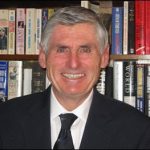 What is little appreciated today is that the Humphrey Hawkins Full Employment Act in 1978 assisted in “birthing”  Financial Repression and placing us firmly on the Monetary policy path the Federal Reserve is presently imprisoned by.

Deep State planners fully understood then that employment would become an increasingly larger problem in America and within the developed  nations as leveraged buyouts with immediate “downsizing”, “rightsizing” and “outsourcing” were beginning to dominate the financial engineering game of the day.

Driven by the political concerns in the late 1970s about rising unemployment, the Humphrey-Hawkins legislation in 1978 fundamentally compelled the U.S. central bank to drive interest rates progressively lower (see chart below).

Casual observers of the Fed speak of a “dual mandate” for U.S. monetary policy incorporating full employment and price stability, but careful reading of the Humphrey-Hawkins law shows that the former is paramount and must be satisfied by the Fed before price stability may be considered. Federal Reserve chairs have followed the single mandate of full employment to its logical conclusion, namely zero interest rates and the expropriation of private income.

With the peak in nominal rates in the late 1970’s the Fed switched priorities and became focused on the single mandate of full employment. This policy fixation on targeting at least nominal employment had significant costs, including a steady level of underlying inflation that has slowly undermined consumer purchasing power (thus, today’s discussion of “income inequality”). The single mandate of full employment also facilitated periodic financial bubbles and crises resulting from the manic swings in Fed policy. 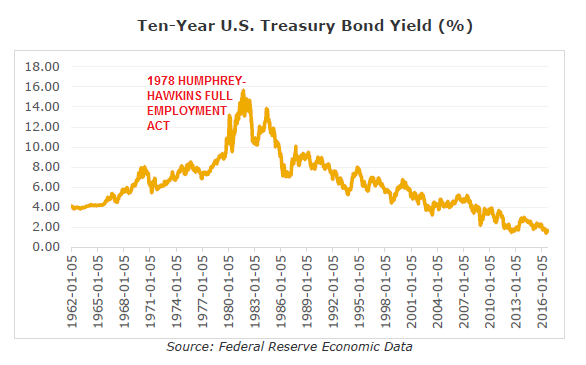 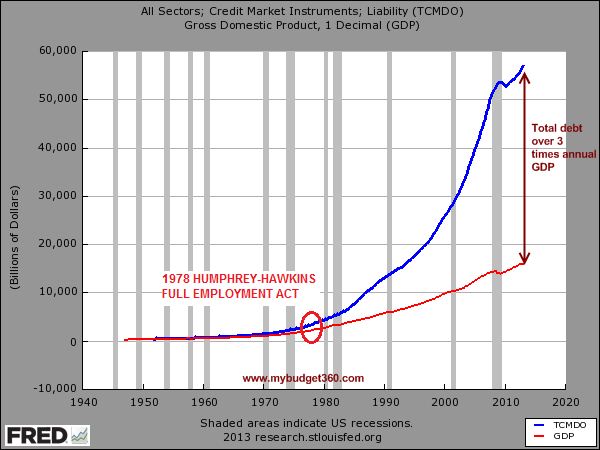 I found the remarks presented by Christopher Whalen of Kroll Bond Rating Agency (KBRA), at the Central Banking Series sponsored by the Global Interdependence Center in Dublin, Ireland and Madrid, Spain, September 29 and October 3, 2016 to be particularly supportive of the Financial Repression Authority’s position. As Chris Whalen highlights in Navigating an Uncertain Global Economy in the Age of Financial Repression, Financial Repression has fostered deflation and crippled income growth.

Central to any new approach to monetary policy must be the realization that the secular decline of interest rates, which is the centerpiece of financial repression, necessarily also drives deflation. Today, the Federal Open Market Committee frets over whether to raise the benchmark rates for federal funds and bank reserves a mere quarter of a percentage point. Yet anyone looking at the bond markets and, in particular, at bond credit spreads knows that there is not yet sufficient demand for credit to justify an increase in interest rates. Without a sustained increase in the yield on investment assets, the world faces a protracted period of low or no growth and the eventual destruction of public and private financial institutions that depend upon investment returns.

Just as many organizations used to rely upon the returns on investments to bolster profitability in particular, today the global economy is suffering from a diminution of income as a result of more than 30 years of financial repression. The trillions of dollars annually that is transferred from private organizations and individuals to public sector institutions via negative interest rates and quantitative easing (QE) ranks among the most regressive, anti-growth policies ever witnessed in peacetime.

Since the 2008 financial crisis, global growth has slowed and the overall level of debt has grown. Individuals in many nations have made an attempt to reduce their level of indebtedness, but in aggregate since 2008 nations have gone on a debt-fueled spending binge encouraged by the fact that the cost of servicing public sector debt has fallen. Open market purchases of public and private debt have been employed by global central banks to push interest rates down to zero or lower, this in an overt effort to stimulate asset prices, shift investor risk preferences, and thereby, it is hoped, stoke higher levels of aggregate demand.

Stepping back, we can see that in 20th century America, credit has been used to increase sales as opposed to forcing consumers to save sufficient cash to purchase an automobile or home in the future.

The judicious use of credit increased demand for goods and services, and employment. Today, however, the policy of using ever cheaper credit to pull tomorrow’s demand into the present day seemingly has lost its efficacy. With most nation-states unwilling or unable to use fiscal expansion to stoke short-term demand, global central banks acting alone have been asked to somehow address the burdens of global over-capacity, excessive debt, rising unemployment and slack consumer demand – simply an impossible feat! 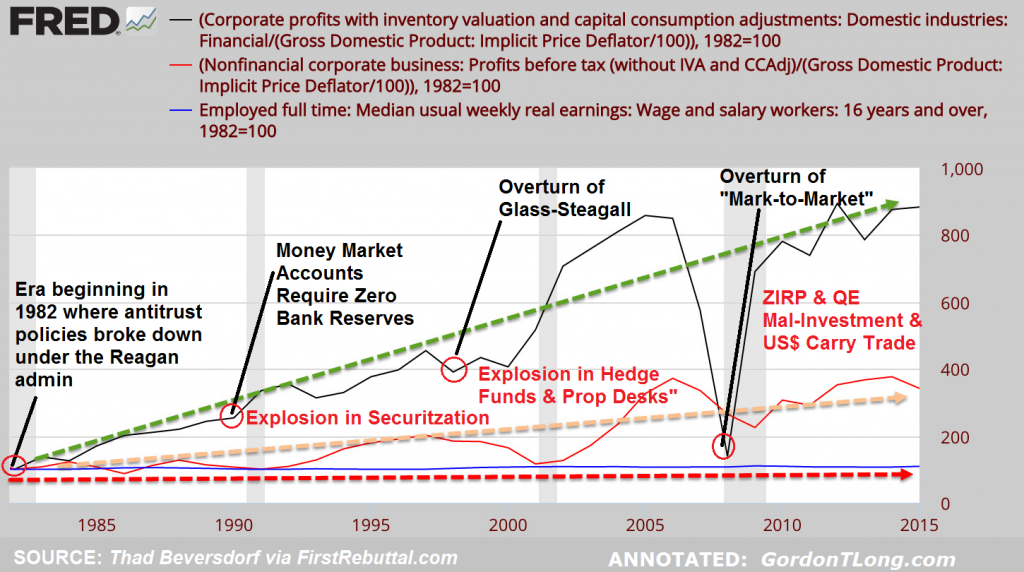