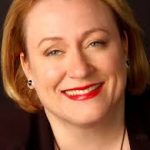 FRA Co-founder Gordon T. Long discusses with Catherine Austin-Fitts about the future of the global economy, along with providing insight on recent events and potential expansion into space.

Catherine is the president of Solari, Inc., publisher of the Solari Report, and managing member of Solari Investment Advisory Services, LLC. Catherine served as managing director and member of the board of directors of the Wall Street investment bank Dillon, Read & Co. Inc., as Assistant Secretary of Housing and Federal Housing Commissioner at the United States Department of Housing and Urban Development in the first Bush Administration, and was the president of Hamilton Securities Group, Inc. Catherine has designed and closed over $25 billion of transactions and investments to-date and has led portfolio and investment strategy for $300 billion of financial assets and liabilities.

Catherine graduated from the University of Pennsylvania (BA), the Wharton School (MBA) and studied Mandarin Chinese at the Chinese University of Hong Kong. She blogs for the Solari Report at solari.com.

It’s equity for debt swap. Since WW2 we’ve been on the debt-growth model, growing the economy by issuing more government debt.

“We have literally evolved an infrastructure and a leadership of people who don’t understand or have never participated in markets.”

They don’t understand market economies; they don’t understand understand command and control economies. We’ve literally been living off debt growth, and that debt growth is slowing. Part of the challenge of being in a debt-based economy is that people get out of alignment. There’s no better example than what’s happening with student loans. We’re literally watching an entire industry make more money off their borrowers’ failure than their borrowers’ success.

A PERIOD OF INSTITUTIONAL REFORM: WHO LEADS?

We have two challenges: the leadership we developed over the last 50-70 years don’t know how to work in a world where capital is dear and you have to optimize, particularly fundamental economics. The other problem is that there are two ways to do an equity for debt swap: one is on a managed process where you realign bottom up, the other is where you write everything down.

England is very concerned about where the United States will go if it continues to push the interpolar model, particularly if it continues to push a new cold war with Russia. They want to make sure that as that process pushes out and we switch from a unipolar to a multipolar world that they are in control of British policy and can’t be roped or tricked into anything.

“If you look at how the Americans have managed their financial system in the last three decades… the Americans are basically developing a brand of organized crime.” 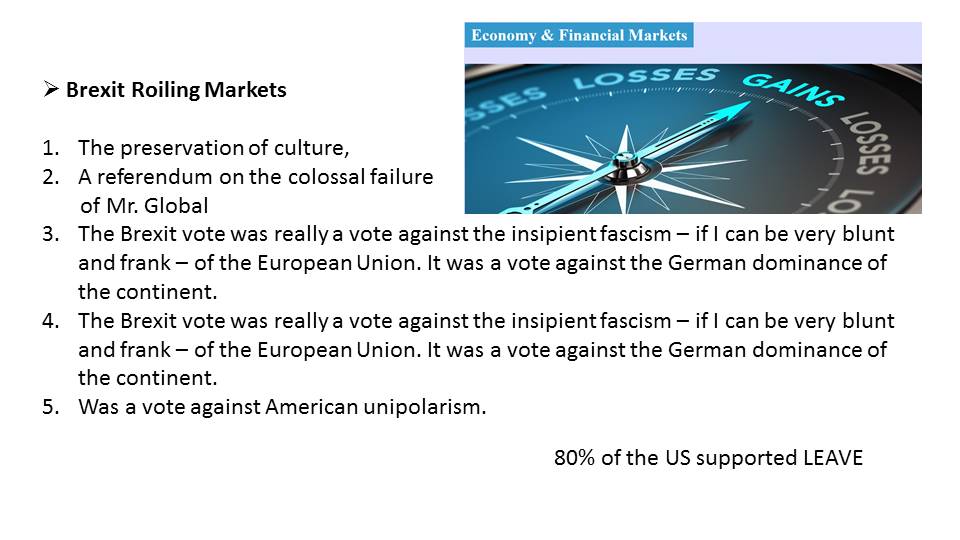 Asia and China are also becoming more important to the Commonwealth, and they’re finding themselves in too many conflicts of interest positions between what the US wants to do and what they can do globally through the Commonwealth. Their relationship with China is very old, very long, and very deep. They basically own and control and run the offshore payments in Asia.

We’re going through a long term rebalancing of the relationship between China and the United States. For two decades China has been building its manufacturing capacity and economy by taking Chinese savings and lending that to the US, which would use it to hand out government cheques that would be used to buy Chinese goods. Now the reality is that China needs to diversify away from that, and they’re using their economic progress to finance other areas around the world. Now they’re building their own consumer economy.

“We’re also watching tremendous concern because much of the push and growth in the economy comes from Asia. If China slows down, what’s that going to do to the global economy?” 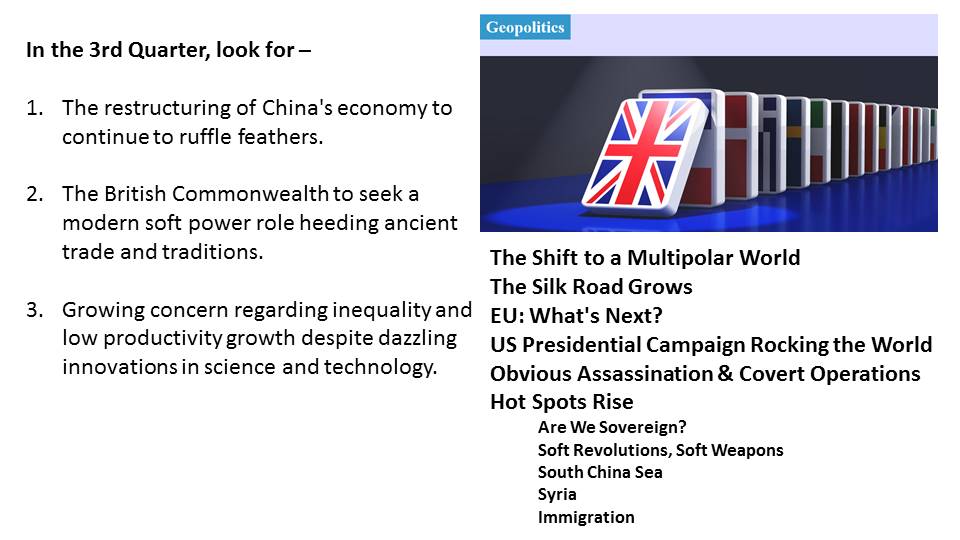 “The more they implement things that give them productivity growth the more deflation they get. And that really conflicts with the fact that they want to continue siphoning off huge amounts of money.”

It’s one of the reasons you’re seeing more and more push for invasive control.

There is a huge amount of money going into “underground base infrastructure” and evidence that we took the space program dark. There is a tremendous emphasis on reinvesting in space, both on government and private sides.

“I ultimately came to the opinion that the reason we proceeded with the Europe GAAP was to create sufficient capacity to become a multiplanetary civilization.”

If you’re going to become a multiplanetary civilization, then you really do need to centralize much more in the financial system to umbrella more than one economy. Our entire society is repositioning and making a massive investment in space.

Mr. Global wants a digital currency, and part of the reason is that if you want to create a global currency, you have to drive transaction costs dramatically down to reach into the emergent markets and the frontier markets.

“I think the blockchain is going to be instrumental to building very low cost digital global transaction systems.”

You can radically reduce a financial system out of very cumbersome payment systems. Before the Brits voted for Brexit, the Bank of England was doing very significant work looking at blockchain and what it could do.

“How it rolls out is anybody’s guess, and I think it’s going to be very organic.”

The fundamental issue is that we live on a planet where the government system is unclear and invisible to us, and we’re seeing more and more secrecy related to more and more of the economy. And secrecy leads to privilege and privilege leads to corruption. If you’re in the financial system you’re aware of the extent of the corruption, and there’s no way to heal that problem without transparency.