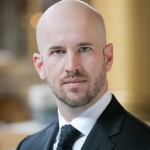 Graham’s sterling track record and history of major predictions has made him one of the most sought after investment analysts in the world. He is one of only 20 experts in the world who are on record as predicting the 2008 Crash. Since then he has accurately predicted the EU Meltdown of 2011-2012 (locking in 73 consecutive winners during this period), Gold’s rise to $2,000 per ounce (and subsequent collapse), China’s market crash and more.

His views on business and investing has been featured in RollingStone magazine, The New York Post, CNN Money, Crain’s New York Business, the National Review, Thomson Reuters, the Fox Business, and more. His commentary is regularly featured  on ZeroHedge and other online investment outlets.

What we’ve seen since 2009 has been kind of this grand delusion. We did have a bit of a recovery from 2009-2011 where the economy and the financial markets snapped back from the very deep recession in 2008. But since about 2012, the real economy hasn’t really progressed. What you’re actually seeing is a financialization of the economy in the sense that asset markets have boomed but real economic activity has stagnated. Throughout this time we have central banks engaging in massive monetary programs which have effectively been a transference of private debt onto the public sector’s balance sheet.

The very policies that bankrupted Wall Street and resulted in the 2008 crisis, those policies have now been shifted onto the public sector’s balance sheet. And as a result of this, most countries are sporting worse fundamentals from a debt to GDP perspective and when the next crisis hits, we’re going to see a severe cycle of default begin, that will eventually be sovereign. The real fireworks have yet to fit.

“Everything post-2009 has effectively been academic central bankers implementing what their economic models suggest would work, but what works in an Excel spreadsheet doesn’t work in reality a lot of the time.”

If you simply want to refer to leverage bubbles, Lehman Brothers was leveraged 30:1 when it went bankrupt. You now have the Fed leveraging something like 70:1, the European central bank is leveraged at nearly 30:1, so you now have central banks sporting leverage ratios on par with Wall Street. To those that say it’s different because the Lehman Brothers couldn’t print currency, central banks have gone bust throughout history. The US Federal Reserve is the third central bank the US has had, and there’s no reason a central bank cannot go broke, because whether you’re going for a hyperinflationary collapse or a deflationary collapse, it’s the same thing. It’s the loss of actual value relative to nominative terms.

“The issue we believe is going to start unfolding is because central banks have spent so much money… propping the markets up over the last 6-7, we’re going to see some sort of implosion.”

Even if central banks engage in what we would call nuclear levels of intervention going forward, that in of itself would result in some kind of systemic event. You can’t have trillions of dollars of intervention without things breaking. We actually had a taste of this in April 2013, when the Bank of Japan launched the largest QE program in history, their famous Shock and Awe program. They announced their program equal to almost 25% of Japan’s GDP, and when they did this there was a brief period in the following week where the Japanese government bond market almost broke and had to be halted several times.

“Even if one were to say, well, we can’t have central banks go bust, they’ll just do a larger program, the problem is eventually the program becomes large enough that either you run out of assets to buy or the system simply can’t handle it.”

We had a brief taste of that with Japan. If central banks go nuclear when the next crisis hits, we’ll probably get another taste of it. They’ll probably close the stock market, to be honest, but how exactly the details will play out remains to be seen.

The other thing to consider is that the political landscape has changed. At some point there’s going to be a popular revolt where people don’t put up with central banks’ meddling to the level they are. There’s a lot of things in the air about how things will play out, but we’re very close to the edge.

“You have to find these kinds of easy ideas for people to latch onto. You can talk about leverage, you can talk about complicated sort of financial metrics, but the reality is that you have to put it in terms that people are going to grasp and helps them realize what’s happening.”

We see an opportunity similar to 2008 today in terms of the discrepancy between economic realities and asset level pricing.

“The idea is that when something breaks and the asset prices begin to readjust to more in line with economic levels, you’re going to see a sharp move… During periods like that, you can see a very large return if you position properly.”

If you compare the S&P500’s GAAP earnings to the S&P levels today, earnings are back to where they were in 2012 but the stocks are 70% higher. Just that alone, for stocks to fall back in line with their actual earnings, you can see a very large percentage collapse. 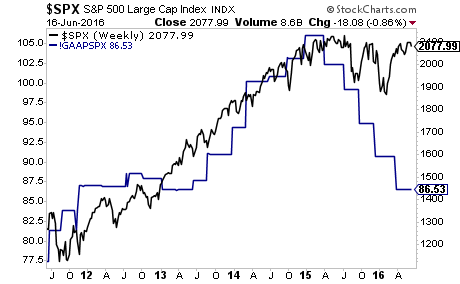 IS THE FED BUYING STOCKS TO PROP UP THE MARKET?

What we do know financially is that the futures markets have a program through which central banks can buy stocks. We also know that the Swiss National Bank and the Bank of Japan directly intervene in the stock market.

“It’s not a far stretch to assume that the Federal Reserve is also playing around with this, and it makes perfect sense.”

We know they’re intervening in the markets on a regular basis. Somebody is trying to hold the markets up. Whenever the markets begin to break down on a very aggressive fashion and they hit a key inflection point, for some reason ‘buyers’ move in very aggressively and start buying the heck out of the market. Real buyers don’t do that. When an institution puts in an order to buy stocks, they put in these orders over a span over a couple weeks because they don’t want to adjust the price and lose the value.

It’s very hard to find these turning points. Investors have been crushed so many times by central bank interventions that they’re loathe to put a lot of money into the markets and go hard short. Your average investor, when the market turns against them and they’re short, it’s very hard for them to sit on that position. If you actually look at investment fund managers, the ones who can and want to go short don’t want to because they’re afraid they’ll be crushed by central bank interventions.

INVESTMENT STRATEGIES FOR THE FUTURE

US Treasury yields have had a significant breakdown. Globally we now have $10T of bonds with negative yields, but Treasuries still remain positive.

“From a financial and economic perspective, the US is on at least a sound a footing as Europe and Japan.”

That begs the question of why our Treasuries rallying instead of pushing their yields lower. It’s likely that there’s going to be a move in Treasuries that’s going to have yields falling to all-time lows.

There’s a big question as to whether the dollar is about to begin another leg up in a bull market, or if it’s just going to continue to consolidate. Something happened in the last four months where the dollar really sold aggressively. A theory is that the Fed formed the Shanghai Accord to devaluate the dollar in order to prop the markets up. Since QE300, stocks and the dollar have been in a trading range.

If another round of serious deflation hits, will gold sell-off with the commodity complex or will it hold up? Currently in the last year, we see gold and the dollar rallying, which doesn’t often happen. The question is whether gold will become a fair trade or if it would be a commodity trade.

“The S&P500 is just a couple of percentage points away from all-time highs, but based on earnings and other fundamentals it could fall over 40%. To us, it seems the downside potential is higher than the upside risk.”