05/18/2016 - Kristin Tate: WHAT THIS ELECTION TELLS US ABOUT HER MILLENNIAL GENERATION 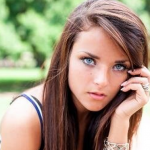 FRA Co-founder Gordon T. Long is joined by Kristin Tate in discussing her book and the outlook of Millennials on the upcoming US election.

KRISTIN TATE is is a political columnist and author of “Government Gone Wild”.

In her book she says D.C. politicians are shipping our friends and family overseas to fight in wars we shouldn’t be fighting. They monitor our emails, record our phone calls, and peer into our snail mail. They spend our hard-earned cash on things no disciplined family would buy. They tell us who we can marry and what we can put in our bodies. They throw us in overcrowded prisons for smoking pot. They take lavish trips around the world, staying in five-star hotels… and it comes straight out of our paychecks. This isn’t freedom?

Government Gone Wild is a brash, bold ride through the carnival of absurdities that our broken system has become. This isn’t about Democrats vs. Republicans… it’s about inspiring hard working Americans to give a damn so we can take our country back. This is your wakeup call. You’re not anywhere near as free as you think you are – but you can be. We’re not as prosperous as we once were – but we can be.

“You could really open my book on any random page and start reading and not be confused.”

If you want Millennials to not be apathetic you have to get their attention in a way that will let you keep their attention. They grew up with technology and have a shorter attention span, so it’s unrealistic to expect a young person who’s not already politically involved to pick up some long boring book.

The book takes the reader through various topics; everything from social issues to taxes to foreign affairs.

“The main message throughout this book is that whenever too much government gets involved, usually our freedoms are eroded.”

The book is a really light read, filled with a lot of shocking facts that a lot of people don’t know about our government, but it’s presented in a very fun way.

“One thing I really try to show Millennials is how we really need to start demanding accountability from our politicians.”

We’re scraping to get by and all this money we’re using to pay our taxes are going toward these sanctimonious politicians to live like kings and queens. There’s a lot of things we can do to turn this country around, but you’ve got to show young people why they have to care and why they need to demand accountability from our politicians.

ON THE SPECTRUM BETWEEN BERNIE SANDERS AND DONALD TRUMP

Poll after poll shows that Millennials tend to be more socially accepting of diverse lifestlyles, so maybe more socially to the left, but we’re also fiscally conservative. It’s kind of libertarian.

“I would say that I tend to be a representation of that – socially more liberal and fiscally conservative. It’s kind of libertarian.”

Even if they don’t know what the word ‘libertarian’ means, if you ask them about these issues many young people want the government to stay out of our personal lives and out of our wallets.

A few decades ago, something like gay marriage was very controversial, but this generation has grown up with these social issues and they are a little closer to home than previous generations.

“I see the future of the Republican party as being a little bit more libertarian, and if these older Republicans don’t start understanding that you’re going to keep seeing younger Millennials flock to the Democrats because they really see these social conservative issues as deal-breakers.”

You have a record number of Millennials living with their parents, the job market is awful, and you do have a lot of young people who do have college degrees working low wage jobs. We’re depressed, and that’s why Bernie Sanders is doing so well. He’s sending a message that sounds positive to young people about the future, even though socialism would destroy this generation. A lot of young people don’t realize that when they hear him talk about income inequality and wealth distribution.

They get these soundbites of positivity from Bernie and that sounds better than anything else they’ve heard. That’s why they’re so excited about Bernie. It’s depressing, but young people are all about bumper sticker politics; if you want to get their attention you need to spread your message in catchy, easy to understand ways. Bernie Sanders doesn’t really need to show young people how he’s going to make these things a reality because right now he’s the only one giving them any hope at all.

“There’s a lack of understanding of what capitalism is, but the fact that young people say they like free enterprise gives me home that fiscal conservatives can still spread their message to young people effectively.”

The movements behind Bernie and Trump are very similar. People are fed up with the Republicans and the Democrats. The voters are fed up with these establishment bureaucrats who do not look out for the people, on both sides of the aisle. That’s why they flock to Bernie Sanders.

“Although I don’t love Trump or Bernie, the fact that both of them are so popular does give me hope because they’re both outsiders and it shows me that people want something new and that they understand that the system is broken.”

If Hilary gets the nomination, young people will continue to be frustrated. Hopefully they’ll start to understand once they get into the job market, they’ll understand that we need more capitalism and less socialism.

“I do think that politics as we know it is changing forever in the US. I think this whole notion of having two establishment parties is crumbling… I see more apathy than ever, but I also see in some other way more awareness of what’s going on.”

It’s easier to hold people more accountable because of technology, and this increased awareness of what our politicians are doing and this connectiveness because of technology will only make the two party system crumble even more. We’re seeing this huge movement toward outsiders, toward politicians who are not career bureaucrats, and we’ll continue to see that in future elections.

“More government involvement is not what we need; we have too much socialism right now… capitalism is our friend, the job market is our friend, a great corporate environment is our friend. I want Millennials to wake up to this stuff and hopefully vote in a way that would lead to these for a free market policy down the road.”