04/13/2016 - Jeff Berwick: “THEY’RE TRYING TO BRING EVERYONE INTO THE BANKING SYSTEM SO THEY CAN ESTABLISH A ONE-WORLD CENTRAL BANK & TAXATION SYSTEM!” 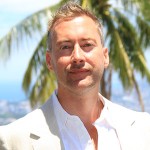 Jeff Berwick is the founder of The Dollar Vigilante, CEO of TDV Media & Services and host of the popular video podcast, Anarchast.  Jeff is a prominent speaker at many of the world’s freedom, investment and gold conferences including his own, Anarchapulco, as well as regularly in the media including CNBC, Bloomberg and Fox Business.

Jeff’s background in the financial markets dates back to his founding of Canada’s largest financial website, Stockhouse.com, in 1994. In the late ‘90s the company expanded worldwide into 8 different countries and had 250 employees and a market capitalization of $240 million USD at the peak of the “tech bubble”.  To this day more than a million investors use Stockhouse.com for investment information every month.  He has since started numerous businesses including TDV Offshore and TDV Wealth Management to help others internationalize their assets.

There’s going to be a lot of chaos this year, beginning in January with the worst first month of the world stock market in history. A lot of financial leads have been warning about it, even saying this is a debt jubilee and will end up in utter collapse if people aren’t careful.

“I think by 2018 they’ll be bringing in a one world currency… All Fiat currencies, including the US Dollar, are going to collapse sometime between 2015-2020.”

The market came up with a solution. Launched in 2009, Bitcoin is a free market currency, and one of the ways that we can avoid this total collapse.

“It looked like a propaganda piece, like it was written by the Bank of England as a press release.”

In no way does this new central bank crypto-currency compete or defeat Bitcoin in any way. In fact, central banks are extremely worried about Bitcoin. They’re trying to bring everyone into the banking system so they can establish a one-world central bank and taxation system. They planned to create a system that impoverishes people to get the wealth into the hands of the 0.0001%.

They want to collapse the entire system so they can bring in a new system. We’re reaching the end of that plan, when every government is insolvent with debt. The US Federal Reserve has essential kept interest rates at zero for eight years, because if interest rates rise the US government would quickly be insolvent.

“With $19T worth of debt, if the interest rate rose to 10%, a very low level, that’d be almost $2T a year in interest payments alone.”

They’re trying to delay that and get everyone into the banking system first. If you try to open a new bank account, it’s very difficult and they want to know every detail because it’s going into a central database so no one can evade taxes. Then they’re going to go even further with negative interest rates and really impoverish people.

If people start getting into Bitcoin, they can’t control it. The only way would be to turn off the internet or the power.

Bitcoin is an internet-based currency that’s completely decentralized. To get rid of it, they’d have to remove it from the millions of computers around the world, and that’s almost impossible. If you control the money supply, you control the governments. That’s what the Federal Reserve and all central banks do.

“The governments do not control the big decisions. It’s the people behind the scenes who control the money, who tell the government what they want done, and that’s been going on for decades.”

Bitcoin cannot be fraudulent because it’s open-source software. Anyone who wants to can look at the code. There’s no CEO, there’s no central office, and it’s on so many computers they can’t stop it. Central banks want to tax everything and control the economy.

“I don’t call things like Bitcoin a revolution so much as an evolution. It’s creating something that circumvents the entire system completely.”

Blockchain type technology could change everything, and goes beyond just money. This could be where everything is based. This technology is also starting to being used be for governance, starting in Africa, as a system of private property. Eventually it could be used to replace the government.

“Your average person still doesn’t know what a big deal is going on behind the scenes, but this is going to revolutionize the world… There’s going to be so many things built on top of this technology that it’s going to change the world.”

BACK TO THE ARTICLE – RSCOIN

Central banks will get rid of fiat currency and use RSCoin instead, but since it’s a crypto-currency it can be tracked even more. The population will likely use it, but it does not “beat Bitcoin at its own game”.

THOUGHTS FOR THE FUTURE

You want to get your assets out of the banking system, especially anti-system sorts of investments and trades and speculations, ad moving assets out of your own country.

“You want to get assets internationalized. That’s the new diversification in my opinion: not stocks, bonds, or cash, it’s where your assets are, in what countries are they, and under what structures are they.”

We’re headed for a collapse, and how it plays out is anyone’s guess. This is going to be a time talked about in history for centuries, after the collapse happens. We have a global fiat currency that is just computer bits controlled by central bankers with no intrinsic value, and they will return to that.

“Do your own research. There’ a lot more going on out there than most people know.”