03/30/2016 - Martin Armstrong: ” A COLLAPSE IN GOVERNMENT IS INCOMING, MARKETS ARE GOING TO START RESPONDING!” 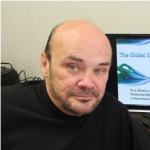 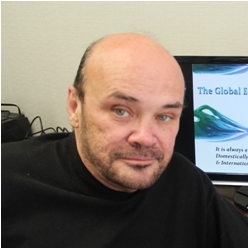 Martin Armstrong began his studies into market behavior when first becoming fascinated by the events during the Crash of 1966. He pursued his studies of economics searching for answers behind the cycle of boom and busts that plagued society both in Princeton and in London. He began to do forecasting as a service to institutional cash market players in gold that included Swiss banks. Armstrong had the unusual background in computer science in hardware and software and was perhaps the first to begin to apply his diverse knowledge from two fields together. He began creating a global model in the mid-70s and was publishing the results from about 1972.

Armstrong began providing forecasts for clients generally three times during the course of each trading day, it began on a closed-circuit telex system – a forerunner to the internet among professional dealers. As a consequence Princeton Economics International, Ltdwas born. Armstrong became the chairman focusing on the research while the partners became the managing directors around the globe. By 1985, Armstrong was certainly one of the top premier Foreign Exchange analysts in the world. He stepped up in 1985 when James Baker was convincing President Ronald Reagan to create the G5 (Group of 5 now G20) nations to manipulate the currency values to affect the trade deficit, which became known as the Plaza Accord.

Armstrong’s work has become world renown. This model has successfully pinpointed not merely major specific days who events well in advance, but it has provided one of the most consistent guides for understanding the turning points in the global economy and thus the business cycle not merely within a domestic economy, but within the global economy on a collective basis. This has been demonstrated by numerous articles.

“Pegs do not work and they always break because of politicians setting the value of something for private agendas.”

The Chinese are trying to maintain a controlled economy but they are losing the grip of it. Many people misunderstood the economic statistics because they do not understand what is happening.  You had many companies in Hong Kong borrowing in dollars, converting it back in and paying 1% then funneling it into China and collecting 5%-8%. People perceived this as the Chinese getting lots of capital inflow, and the economy doing good, but it had nothing to do with the economy. Following this, shadow banking was shut down and then it was perceived that the economy was going down, but it’s been going down since 2007. We have China in trouble, Japan’s currency is really a closed economy and these pegs are starting to go because the dollar is the only viable currency. You can’t park in China, they don’t trust the bonds yet, can’t go into Russia, and essentially all of Europe; therefore it’s been dollar by default.

“The dollar is the most liquid and the least ugly. It is the prettiest of the 3 ugly sisters. It is the rise in the dollar which will create the change in the monetary systems.”

A change will occur sometime around 2020, the whole thing with negative interest rates and quantitative easing just does not work. Economies are just much more fluid today. Emerging markets began expanding debt to more than 50% of US debt and they did this because they issued their debt in dollars because of low interest rates, and pension funds needed high yields so they went and bought all this emerging market debt. The money supply that supposedly the Fed increased did not stay here. If you look at real estate, the Chinese are the #1 buyer of real estate in the US, and the IRS is also buying lots of real estate in New York and Miami. It has been all foreign money coming in and it’s shown in the US stock markets. When the Japanese came in what did they do? They bought the high profile stuff, Rockefeller Center etc. Foreign money goes into the Dow, so the Dow lead the market all the way up, the other markets only began to overtake only when foreign capital began to subside.

“International capital flows are really what drives everything, but unfortunately it is something they don’t teach in school and not many pay attention to it.”

The economy peaked in September of last year on a global scale. Everyone is pretty much in recession, the US rallied a bit but you drive down a street and you see every office building has ‘space for rent.’ The business cycles do a good job in showing you where things are developing. The last peak was in real estate in 2007, but what is important about that is many of these markets peaked back then, and to this day markets have not surpassed that peak throughout the world.

The US is realizing that there is a problem here. The Fed has been lobbied by the IMF not to raise interest rates because of international concerns and not domestic concerns. They realize that with the dollar as a reserve currency, they are losing the power to control their own economy.

“International interest has taken priority over domestic, keep this going and the Fed won’t be able to do anything to help the US economy.”

Eventually the market is going to raise the interest rate, because we are in a phase now where governments are all in trouble. They are all chasing money, going bankrupt and keep raising taxes; just another reason why quantitative easing is failing. Disposable income is consequently shrinking rather than expanding. This is largely why Trump is doing so well, many people don’t understand it but the middle class has been completely devastated so it is more of a protest vote. The American people are starting to wake up to this problem, and even if Trump does not win we are projecting a congress turnover by 2018 which is similar to what happened in Scotland. This is not a domestic issue, it is happening everywhere.

Younger generations don’t understand the core facts either. The Clinton White House was bought and paid for by Wall Street. The press will never say this because they are afraid it might hurt Hillary, but who basically made all student loans non deschargeable in bankruptcy? None other than the Clintons. In other words all the student loans that are hurting all our youth, it is Hillary that did it.

“You can go back and forth in arguments about gold but to the average person it means absolutely nothing.”

Things will only change when these people lose confidence in their government. For example, Republicans are tremendously against Trump, and they rigged the rules in the last convention to sabotage Ron Paul. They made rules that if you did not have enough votes your name couldn’t even be put in to be nominated, but under these rules the only viable person is Donald Trump.

The primary reason why Republicans do not want Trump in is because he is an outsider, he is not owned by the banks or by anyone for that matter; he has funded himself and they do not know what he is going to do. One thing from studying law that I carry with me is, you never ask a question that you do not already know the answer to. Politicians are mostly lawyers and they do not know what he will do.

“A collapse in the confidence of government is incoming, and that is when your markets are going to start responding.”

We are entering a political year from hell. Europe desperately needs Britain and if Britain votes to get out you will see other countries voting for the same thing. They are very much afraid of a contagion developing and the EU collapsing. Everybody criticized Trump for saying he wants to block Muslims from coming in, and what does Cruz say? He is going to implement a bill that all Europeans have to have a visa.

“They are looking at collapsing the global economy and they are destroying it with every breath they take.”