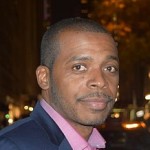 FRA Co-Founder Gordon T. Long has an in-depth discussion on the future of Bitcoins and Block Chain technology with serial entrepreneur, Reggie Middleton. Middleton’s experience has given him the ability to recognize value, or the lack thereof, well before much of the professional populace. His ability to identify opportunity and his “out-the-box” mind-set are due to years of entrepreneurial pursuits in insurance, financial valuation/modeling, technology, media, and real estate. He is the founder of Veritaseum and the finance and technology blog, Boom Bust Blog. Until 2011, he wrote about financial evaluation and the global financial crisis at the Huffington Post.

After graduation with a degree in business management from Howard University, he worked for Prudential Insurance and trained in the sale of financial products. Since then, he worked in the fields of financial securities and risk management. He was also a significant investor in residential real estate.

Middleton is known for making predictions about the crash of markets and large financial institutions long before they occur. Aaron Elstein of Crain’s New York Business said “Mr. Middleton has been startlingly accurate in the past. He forecast the collapse of the housing market in 2007, and in early 2008 warned of the demise of Bear Stearns weeks before it happened. Earlier this year, he said that Ireland’s finances were in terrible shape long before Standard & Poor’s got around to downgrading that nation’s credit rating.”

In 2007, he founded Boom Bust Blog, a commercial financial advisory reported to have over 3000 subscribers. In February 2013, he won CNBC’s first-ever stock draft competition, beating out six other professional traders. He then went on to win the second CNBC stock draft in 2014 by an even larger margin, beating out all other professional participants.In 2014, he founded his current venture, Veritaseum, the progenitor of UltraCoin technology. According to Mr. Middleton, UltraCoin exploits modern cryptography in the fields of finance, economics and value transfer to disintermediate legacy financial institutions such as Wall Street banks.

I call it the great global macro experiment. Authorities attempted to do things they have never done before. Things such as negative interest rates and particularly QE which was a practise adopted from the Japanese. It is important to note that Japan began QE within their economy 30 years ago and still to this day the desired results from it have not been achieved; Japan is still fighting inflation.

“Central bankers believe that if they prolong the problem long enough they can export their economic problems to other countries, not realizing that it is a global economy.”

The way it works is, we have a bubble; and a bubble is defined as an instance when prices shoot above the fundamental value of the good or service. Once this bubble pops and instead of allowing a natural reset of prices and value, instead people try to further push prices up.

“It is essentially bitcoin revamped with a different name.”

With this much territory, you get a system which cannot be taken down by a single or even multiple authorities. In addition it solves something called the “double spending problem” which is the risk that a digital currency can be spent twice.

Double-spending is a problem unique to digital currencies because digital information can be reproduced relatively easily. Physical currencies do not have this issue because they cannot be easily replicated, and the parties involved in a transaction can immediately verify the bona fides of the physical currency. With digital currency, there is a risk that the holder could make a copy of the digital token and send it to a merchant or another party while retaining the original.

This was a concern initially with Bitcoin, since it is a decentralized currency with no central agency to verify that it is spent only once. However, Bitcoin has a mechanism based on transaction logs to verify the authenticity of each transaction and prevent double-counting. Bitcoin requires that all transactions, without exception, be included in a shared public transaction log known as a “block chain.” This mechanism ensures that the party spending the bitcoins really owns them, and also prevents double-counting and other fraud. The block chain of verified transactions is built up over time as more and more transactions are added to it.

“The bitcoin and block chain technology now parallels what the internet was in 1993. Most people didn’t get it and if they did get it they strictly thought of the internet as email; fast forward and look where we are now with the internet. Bitcoins and digital currencies are a way of transferring value.”

Certain strong regimes such as the US, Germany and Britain have attempted to impose their limitations. An example would be the US with peer-to-peer file sharing halting the activities of The PirateBay. This was possible because it was a centralized server which was easy to target. But now we are in an environment that has similar things with millions of hubs and files are transferred in a huge web. This is near impossible to take down therefore the law was broken and governments and authorities resorted to illegal means to halt these new developments, it is unclear still as to how successful they were.

“It is about adapting to paradigm shifts. History shows that entities that fight or prevent these shifts will not be successful and eventually be forgotten. Microsoft is a good example of a top tier company which sustained two paradigm shifts and this was because of all their patents and so much of the world using their services.”

The banks are taking bitcoin technology and trying to incorporate it into their business models. It will make many processes faster but at the same time, you do not need banks to make transactions anymore. Therefore no matter how much more efficient banks become, if they become obsolete than the increased efficiency is of no good.

“The banks are following the same route with banking as AOL did with the internet. Ultimately the end result will be no different as well.”

If you charge a correct risk payment for capital, a bank could never get big enough to take down the world because it wouldn’t be able to afford to take that risk. If I can get money at 75 basis points then I would take all the risk in the world and if I mess up I only have to pay 75 basis points; there is no reason not to take risk. But if I paid 18-25% for that money I would become far less risk averse.

FUTURE OF BITCOIN AND BLOCKCHAIN

At the end of the quarter we are launching an HTML client which allows you to hold assets in your device on a webpage. It is like having a bank account on a webpage that sits on your device and it cannot be stolen unless it is stolen from you directly.

Additionally we will be launching applications of block chain technology to capital markets. We plan to have applications for credit, peer-to-peer swaps and for real estate transactions in beta of md-year but definitely by year end.

There are legal issues but we can get passed these issues by putting actual cash within the block chains. It will increase the efficiency to facilitate cash flows from various kinds of investments. It is a way of eliminating banks from the equation.