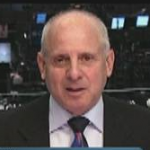 FRA co-founder Gordon T. Long deliberates with Hedge Fund Manager, Yra Harris about the effects of financial repression and the imminent credit event. Harris is a macro Global Trend Trader and publisher of the Blog Notes From the Underground.

Yra Harris is a recognized Trader with over 32 years of experience in all areas of commodity trading, with broad expertise in cash currency markets. He has a proven track record of successful trading through combination of technical work and fundamental analysis of global trends; historically based analysis on global hot money flows. He is recognized by peers as an authority on foreign currency. In addition to this he has Specific measurable achievements as a member of the Board of the Chicago Mercantile Exchange (CME). Yra Harris is a Registered Commodity Trading Advisor, Registered Floor Broker and a Registered Pool Operator.

Yra Harris is a recognized global trader who is a regular guest analysis on Currency & Global Interest Markets on Bloomberg and CNBC. He has been interviewed for various articles in Der Spiegel, Japanese television and print media, and is a frequent commentator on Canadian Financial Network, ROB TV.

“The way governments repay the interest on their debt.”

When governments borrow money, they do not want to pay back the money at any real market rate, instead they artificially hold rates down to pay off creditors. It is about the size of the government debt and being able to debase it; pay it off in less value.

It begins with Tim Geithner, bailing out Wall Street and banks as opposed to bailing out main street. Financial repression has focused its effects on the savers, the people who have been saving for retirement are being seriously damaged and forced to go into the stock market.

A recent paper, The Hidden Cost of Zero Interest Rate Policies by, Thomas Coleman and Laurence Siegel report “Zero interest rates cost $5 trillion per year, or rather 5% of GDP from savers that is being transferred to other entities.[1]”

“When there is too much debt, all financial authorities have a chief goal, and that is to create inflation.”

Many people have called Geithner out on his ill-advised actions. Everybody fell in line with the ‘you have to protect Wall Street’ way of thinking, and to a certain degree that is true. The first QE was mandatory because you had to prevent the mass liquidation of assets. The lessons from the 1930s boldly taught us that the US cannot take such an immense liquidation of assets. People need to begin equating what is the real return on their money, which is the true financial repression because all zero interest rates do is culminate into inflation; the best friend of debtors.

FUTURE RAMMIFICATIONS WITH THE FED

“The French are tired of being ‘Germanized’”

The proof will be what will happen in the yield curve. If the curve were to flatten further the equity markets will retaliate. What the yield curve does, what the dollar does and finally what gold does when the Fed raises rates will be the three indicators we must keep an eye on.

Is it going to be the German euro or the French euro? Germans are hard money advocates because they are savers, and right now what is happening in Europe is the ultimate financial repression. German savers are being severely hurt in order to bail out the rest of Europe. The euro was at 82 cents in 2001 and 2002 because the Germans needed a weak euro in order to get all the labor reforms that were being put in place. They played this card upon the ECB and they got what they wanted.

“There is something right now eating at the debt markets. It may be in the mining or energy sector, but this market right now is scared of some credit event that it lurking out there.”

There is a credit event somewhere going on, it is evident by how the markets are acting. What is dangerous is that it is taking place now, during the holidays and anything that happens will therefore be magnified. The stock markets are off, if you look at the coordination of them, they are all out of place.

Richard Cue has done great work, he has recently written about recent debt developments throughout the world. The debt structure which is supposed to be handled hasn’t been dealt with at all, and the greatest error you can make; borrowing to buy back your stock.

As soon as corporation free cash flows starts to erode, that debt becomes a major issue. We have had a run on this fictitious financial engineering of buybacks that will boomerang and it may be violent. There are symptoms of debt overhang, and global slowdown will reveal to us the weak players that took on too much debt. 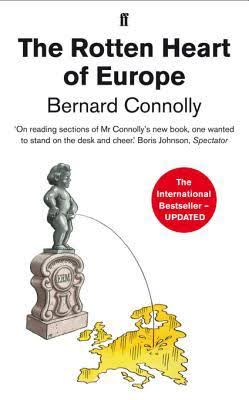