01/30/2015 - Financial Repression Without Representation in Europe 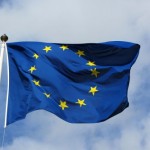 “The problem with any QE program is that debtors get bailed out while savers are repressed .. This is the argument that the FED has used as both Bernanke and Yellen have told American savers that they have benefited from QE in many ways: lower mortgages, increased jobs for their friends, relatives and neighbors and overall a healthier and more robust U.S. The fallout from the European Central Bank’s program will not be immediately realized but its potential damage has resulted in Chancellor Merkel being very upset with ECB President Draghi. The FINANCIAL REPRESSION OF GERMANY’S SAVERS WILL PROVIDE ELECTORAL POWER TO THE ALREADY GROWING INFLUENCE OF THE AfD (Alternative for Deutschland) .. Understand the ways in which governments liquidate their accumulated debt caused by wars and social welfare commitments. The power of negative real yields and inflation has the power to destroy the creditors. The use of QE is a move to cap interest rates for debtors and it will not do anything to aid the highly indebted peripheral nations. Combine capped interest rates with higher levels on inflation and you have a sorcerer’s guide to debt repudiation through the alchemy of financial repression.”